Dear Mr. Moody,
My name is Silman Sao. I have the honor to write to you to express our gratitude, my wife and I, for the organization you helped create, LA FOUND.
On December 20th, at 2:00 pm, my wife disappeared from the comer of Wilshire and Norton in LA. She was diagnosed in March of an early stage of Alzheimer's. On November 27, she was offered the LA Found tracking bracelet.  I left her in our car parked under a very shaded tree. I was only going to be away less than 15 mins to pick up a few items inside the building and be back. She explicitly refused to follow me in the building, preferring wait for me in the car, because she was a little dizzy.  I kissed her goodbye and left. I came back 10 mins later the passenger seat was empty.
I first thought she was just walking around the block and be back. After 2 hours, I decided to call 911 to file a missing person claim.  A few minutes later, the LAPD team was there followed by the Sheriff Department one. They mobilized all their logistics. A first team was supposed to track the device my wife was wearing, driving through the streets on which we thought she could be walking. A moment later a helicopter came to support the teams on the ground. After hours of unsuccessful search, they finally brought a canine unit with dogs sniffing around along the path my wife took. That did not lead to anything, since the dogs lost her track about a mile away from the point of disappearance.
All those attempts took us up to 4:00 am, Friday early morning.  I was dead with worries, not having eaten nor drunk anything for the whole time, without noticing it.
The following day, in the evening, I received a phone call from a guy saying he surprisingly found my wife's purse in his car.  He honestly couldn't understand how that purse got in it.
He gave me his address in Highland Park. I notified immediately the Lieutenant John Gannon from Sheriff s Department. He put right away the necessary logistics together, one hour later he located the tracking device my wife was wearing.
I went through these details to tell how much I can understand the pain you have been through since the disappearance of your own wife. For a lot shorter time I have been through the same worries, anxiety, sleepless nights, but it all ended happily when I found my wife
This success story would not had been possible didn't you have the inspiration to help create La Found organization, with new tools to find missing persons.  During the deepest period of your life, your other half disappearance due to her medical condition, you have had the inspiration and the strength to follow it to put together this such great organization as LA Found, to help all other families going through those horrible pains, find a fast relief.
Having experienced firsthand how that feels to recover missing loved one, I could not stay silent after the rescue I have had because of the tracking bracelet we have graciously received from your organization.
Your wife has finally released her physical body, may her rest in peace.
However, even though she is not present physically anymore around, she will always be present not only throughout the everlasting love binding her to you, but also, she will keep shining throughout every single person, your program has helped find.
She is our Guardian Angel. May her light keep shining over all of us.
I will always, always pray for her.

Sincerely and with my eternal gratitude, 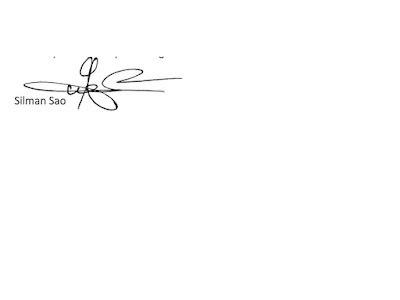 We are going to hold a Celebration of Nancy's Life:

Our good friend Scott Pinkney is working to create an "LA Found" system for CO (Denver Metro area).  He has already been interviewed by a local news outlet, contacted Janice Hahn's office, and is off and running.  Scott is a true champion!

There have been several articles written about Nancy's remains being found:

And you can find others.
Posted by Kirk Moody at 1:25 PM 1 comment:

We are working to hold a memorial service for Nancy and are currently aiming for March.

In the meantime, we are donating the reward money to three causes in memory of Nancy.  We have tributes set up for anyone that would like to join us.

Alzheimer's Los Angeles: (Note the "I would like to dedicate this donation" box)
https://interland3.donorperfect.net/weblink/weblink.aspx?name=E331195&id=6
4221 Wilshire Blvd. Suite 400, Los Angeles CA 90010

Posted by Kirk Moody at 1:16 PM No comments: